We can give you access to a wide range of off-market property investment properties, with an average 8%+ annual yield (beating the UK's average of 3-5%, hands down). There's no commitment - all you have to do is sign up to discover what's on offer - Click below.

...Or Thinking of Selling?

Investment property can be difficult to sell and the process will often leave the landlord out of pocket. We have sales-solutions for investors that estate agents simply can't include amongst the services that they can reasonably provide, with a guarantee.

Okay, Let's Have a Look

In London’s expensive property market Westminster is almost the most expensive market of all. Here we’ll look at what Westminster offers property investors and where to buy-to-let in the City of Westminster.

Why Invest in Westminster?

The City of Westminster covers the most central part of London. Westminster is technically a city and is also one of the 32 London boroughs.

Westminster borders the actual City of London to the east plus the London boroughs of Camden, Brent plus Kensington and Chelsea with the River Thames and the south London boroughs to the south.

Westminster has a population of around 236,000 and local services are provided by Westminster City Council.

Westminster is known for being the seat of the UK Government, especially the area around Whitehall. Many famous places such as the Place of Westminster or Houses of Parliament, Big Ben, 10 Downing Street, Buckingham Palace, Westminster Abbey, the Royal Albert Hall, London Zoo, Trafalgar Square, the National Gallery, Tate Britain and Piccadilly Circus are within the Westminster area.

Although an urban area many of London’s most famous parks including Green Park, Regent’s Park, Hyde Park and St. James’s Park are in or around Westminster.

Another thing for which Westminster is known is London’s West End. The West End includes the shopping streets of Oxford Street, Regent Street, Bond Street and Carnaby Street. London’s theatreland and the area around Soho and Covent Garden which are very popular with London tourists and visitors are also here.

Westminster is probably one of the best-connected places in the entire UK thanks to the extensive network of London Underground and London Bus services. Westminster has the benefit of being within Transport for London’s Zone 1. London main railway stations Charing Cross, Victoria, Paddington and Marylebone are also in Westminster.

Property in several areas of Westminster will benefit from stations on the new Crossrail/Elizabeth Line at Paddington, Bond Street and Tottenham Court Road.

Access our selection of exclusive, high-yielding, off-market property deals and a personal consultant to guide you through your options.

Westminster has a unique economic base that attracts many highly paid workers to the area and boosts the rental market. Westminster has many UK Government offices and departments, the offices of multinational companies, foreign embassies and high commissions plus a huge tourist industry and retail and service sector.

Schools attract many families, including families from overseas, to come and live in Westminster. There are many highly-rated state and public schools with Westminster School and Westminster Abbey Choir School being world-famous.

Westminster also has a number of major universities and colleges, such as The University of Westminster and Imperial College. Most students however look for accommodation outside the area.

Westminster is one of the most affluent parts of London and so one of the most affluent parts of the UK. As a result, there is a high demand for high end, luxury property. However not all Westminster residents are affluent and there is a severe shortage of accommodation for those on lower incomes including key workers. Few people on lower incomes can afford to buy or rent privately in Westminster.

This report forecasts that the London prime property market is set to boom this year.

Westminster offers landlords a unique rental market that is quite unlike most others. As well as local residents, landlords can let-to those coming to work in Westminster or the City of London, including those who work in Westminster’s government offices and multinational companies with offices in the area. There can also be good rental demand from foreign residents coming to live in London, including affluent students from abroad.

As well as long term rentals investors might consider investing in short term rentals and serviced accommodation for business travellers and tourists visiting London from the UK and abroad.

As to yields, the City of Westminster is covered by a number of different London postcodes. However, research on property.xyz suggests that Westminster buy to lets will return an average 2.7% yield. Yields may be more or less than this depending on the type of property and exact area. Investors can find information on letting yields for any area of London using property xyz.

Property investors who are considering investing in shared property or an HMO in Westminster can find out more about the licences that are required from the City of Westminster, here. 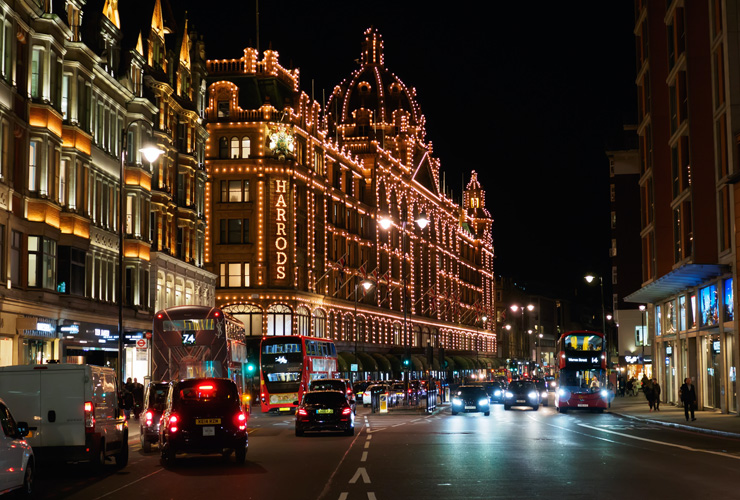 Westminster is a unique property market. At the top end of the market are large luxury houses including mansion properties, detached houses and townhouses costing several millions of pounds plus period terraces and old mews houses set in a courtyard.

Westminster also offers older and new build apartments including some traditional old mansion blocks. Many apartment blocks offer concierge services which can boost their attractiveness to tenants. While few of these properties have their own gardens, some offer access to a communal garden or garden square or access to off-road parking which can also be a plus point for tenants.

The cheapest properties in Westminster tend to be ex-social housing houses and flats.

Here is a quick guide to some of the different areas of Westminster for buy-to-let.

Central Westminster includes Westminster itself and St. James’s. These areas have many government and commercial buildings. Residential properties in St. James’s are few but are mainly expensive, prime properties. Westminster is generally cheaper but is not so popular as a residential area as day to day amenities are quite limited.

To the east and north-east, Aldwych, Charing Cross and the Strand are mainly commercial areas with shops, offices and hotels. There are relatively few residential properties but these areas offer easy access to the City of London.

To the south, Westminster districts include Belgravia and Pimlico. These are very popular central London residential areas. They offer easy access to the West End and City and the transport hub at London Victoria yet are relatively quiet areas of central London away from the main tourist areas.

To the west, Knightsbridge is partly within the Westminster area. This area, famous for Harrods and Hyde Park, is an expensive and upmarket residential area.

To the north are the districts of Mayfair and Soho. These are the most popular tourist areas of central London with many tourist sites, shops, bars and theatres. Residential properties here are sought after and expensive. Mayfair overall is the most expensive part of Westminster for house prices.

A little further north, are the districts of Bayswater, Paddington and Marylebone plus Lisson Grove and Westbourne Green. These areas have great access to the West End shops and amenities, access to major London train stations such as Paddington and good access to the City. These are popular residential and commercial areas. Although there are many expensive streets it is possible to find good value (for London) property in these areas.

Further out Westminster areas include Maida Vale, St. John’s Wood, and West Kilburn. These areas are much quieter and well away from the tourist areas of Westminster. They have good access to the West End and City by tube, train and bus plus access to green spaces including Regent’s Park. These areas are very suburban in nature with detached houses and townhouses as well as flats or apartments. They’re all popular and smart London residential areas including some expensive streets but there are also some properties below the Westminster average house price in these areas.

Other Areas to Consider

Property investors who are interested in investing in the Westminster area of London might also consider other nearby areas too, where cheaper property investments might be available. These reports look at the best places to buy to let in nearby areas:

Note: Population estimates are based on information provided by Localstats. Current average asking prices are taken from HM Land Registry data and Zoopla. Buy-to-let yields by postcode are taken from Property.xyz.